The contrast of Chelsea Art School and Mashiko Japan could not have been more different. I left Chelsea Art School in 1983 and lived for 2 years in Mashiko from 1985 where I worked for a year in the workshop of Tatsuzo Shimaoka; a National Treasure of Japan.

It opened up a vast wealth of pottery technique and interpretations of clay, I have returned four times to Japan and still draw on my experiences there. I was curious to learn the technique of Zogan the inlay of slip on clay and rope decoration on the surface of clay which is the main reason why I went to study under Tatsuzo Shimaoka. I love the surface texture created by this method and the use of different types of wood ash glaze to bring out the rope pattern’s. 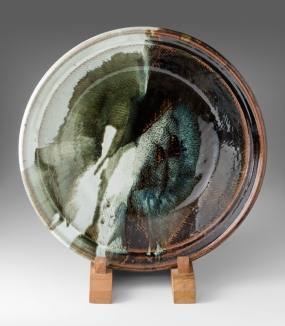 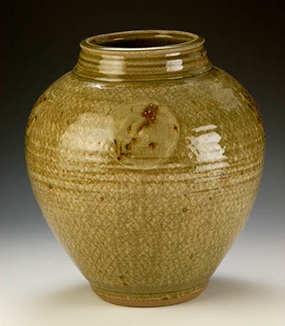